andyt said:
If you had Javi Gracia as the first manager to be sacked, collect your winnings. After guiding Watford to their best ever Premier League finish and the FA Cup Final, he was sacked yesterday, along with his entire staff. He was replaced by the man he replaced, Quique Sanchez Flores. 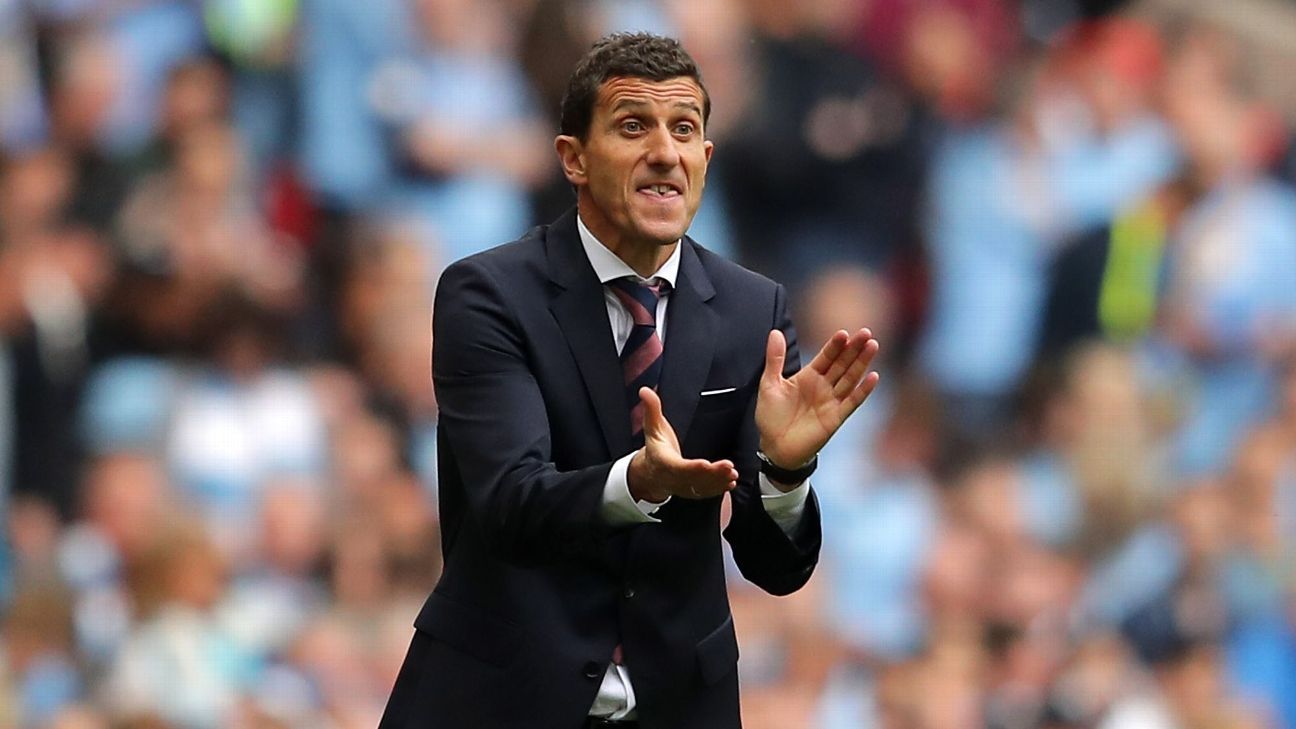 So ... Watford, in obvious discomfort over having spent most of last season playing watch-able football for the first time in forever, have over-reacted to a slow start in order to return to their comfort zone. Bland, safe, reactive, boring ... but probably good for the lower middle of the table. Congrats.

Villa with it's second positive (or non loss at least) result of the season with a 0-0 blah affair against West Ham. My entire feelings on Jack Grealish are summed up in his scoring attempt where he made a great run to get on the end of a ball in front of goal and then could not make any meaningful contact with the ball and had it roll harmlessly out of bounds. He has some real brilliance in how he plays and what he can do, but the final effort to put it all together and take it home always come up lacking which coincides with his 15 goals total for Villa in 125 appearances. He does a lot of good as well and he gets fouled a TON which is both a skill and the mark of a skilled player, but I keep hoping that he's going to put it all together and really step up a level.

Staff member
Jackie just isn't a finisher. That's why his best play as a Villan was last season when Smith moved him back into central midfield in a 3 man setup. It gave him room to create with the dribble drives and to make quick 1/2s with the wing ... he lit up like a Christmas tree when he came back from injury last spring. Playing in the Prem, they've snuck him further and further forward to support that striker and it tends to show up his lack of finish.

One thing I've ended up liking about Dean Smith is that the guy is a pragmatist. He'll sort out the best shape over time. I just like they they've tightened up in the back after a leaky first few games.

They've been in every game I've watched and seem well organized for the most part, so there are some positives to take away from the slow start. I feel like Wesley's ability as a target man and his hold up play is inviting Jack to push up further into a second striker role to take advantage of Wesley's game, but he's just not that kind of a player. I do have some faith though in them adjusting and figuring it out hopefully. I really just want to spend the second half of the season in a boring mid table campaign rather than having to worry about relegation every week.

Staff member
Yeah ... Grealish is smart and so is his manager. They'll figure out what works best over time, I'm fairly certain of it. In that kid's career, he has generally been more effective after Christmas when he's had a chance to find the right seams in which to do his thing.

If that back four stays dependable and they can get through the end of the calendar year grind without too much attrition, I like them for a lower half of the mid table resting place.
A

Staff member
Norwich beat Man City last week and all it did was piss them off. After 15 minutes, it’s City 4, Watford 0
A

andyt said:
Norwich beat Man City last week and all it did was piss them off. After 15 minutes, it’s City 4, Watford 0
Click to expand...

Staff member
Man City 8-0 Watford. And it could have been worse. They hit 2 posts and had a couple just slide by the post.

Everton are in a world of hurt, losing 2-0 at home to Sheffield.

It was behind NBCs paywall so I didn’t see it. Giving up a goal to Calum freaking Chambers is an indication that it’s not your day though.

Staff member
In retrospect, Villa's collapse was a bit flukey. But a better team controls out that game ... no doubt about that. The subs bench simply isn't up to Premiere League quality despite all the additions.

Couldn't see this one cause of the paywall as well. I guess the silver lining is that Villa have been in every game at least. This does make two matches in a row though where Villa have played a good amount of the match with an extra man and have one point to show for it between both matches.

VinatieriDefinesClutch said:
Couldn't see this one cause of the paywall as well. I guess the silver lining is that Villa have been in every game at least. This does make two matches in a row though where Villa have played a good amount of the match with an extra man and have one point to show for it between both matches.
Click to expand...

Having trouble converting wing penetration into clear looks in the box. Wesley combines really well with the wings but crap keeps breaking down when the ball gets cut inside. I was more disappointed in the D. They got pulled around like taffy by Arsenal's speed up front. WAY too much ball watching followed by panic running. On the upside, Chester is close to coming back and should help settle things down in the back.

So I bit the bullet and payed for the NBC gold premier league access, cause I realized that with not being able to really watch Villa through the past few years, I didn't want to miss games. I got really excited since one of the shows was listed as fanzone and I was excited thinking it was the thing that the PL used to do where they'd have a fan of each team doing commentary on the matches which was extra entertaining especially when the fans were unhappy with their team and talked trash about them for most of it, but instead it's some crappy call in show. Very disappointing.

Staff member
Yeah. NBC has you by the short and curlies when your team in in the Premiere League. I enjoyed the Championship on a lot of levels, and easier access was one of them.

It was only 65 or something for the whole season, so it actually isn't too bad. I use youtubeTV for any sort of live TV, if the NBA package worked the same way as the Premier League one where local games aren't blacked out, I could just get that too and get rid of any sort of cable altogether cause those are really the only two things I watch live.

VinatieriDefinesClutch said:
It was only 65 or something for the whole season, so it actually isn't too bad. I use youtubeTV for any sort of live TV, if the NBA package worked the same way as the Premier League one where local games aren't blacked out, I could just get that too and get rid of any sort of cable altogether cause those are really the only two things I watch live.
Click to expand...

I ditched cable this summer. I don't care about the NBA ... only soccer, hockey and college sports, really ... so it's been seamless for me. I'm really liking YouTube TV so far.

There was the Villa result that we've been waiting for and seemed like it was just a few breaks away from happening. I'm hoping the confidence carries over and Villa are able to put together more positive results. A little bit of a sour taste though as they let in a horrible goal at the end to lose the clean sheet in which from a free kick from around the half line, they decided to go with a bad back pass followed by a worse back pass that left Heaton out to dry and resulted in an empty net tap in, but otherwise a great performance from start to almost finish.

Staff member
If Villa can keep making hay against their fellow lower half of the table clubs, I like how this sets up. The possession game is starting to come around.

Norwich had the majority of the possession in the game, but when Villa had possession, it just felt more dangerous and Wesley did a great job of winning balls, occupying defenders and finishing. His doomed to fail, take twenty tiny steps before kicking it penalty shot was the only negative I really have for him on the day. I hate silly gimmick penalties. Your best penalty takers in general are ones who have a consistent run up that they are comfortable taking any shot from. Sure, you may look cool that one time you got the goalie to dive early and just passed it into the other side of the net, but boy do you look dumb when the keeper just patiently waits and then easily saves your not that powerful not well placed shot.
You must log in or register to reply here.
Share:
Facebook Twitter Reddit Pinterest Tumblr WhatsApp Email Link
Top