Paulie Walnuts said:
Columbus is off the list of hub cities. I think Pitt is the only US east city left along with Toronto. Minn also off the list.
Click to expand...

Given the numbers coming out of Vegas since they re-opened the casinos, the NHL had better get on with naming them a hub before it starts to look an even stupider decision.
A

Staff member
The league and NHLPA have agreed to extend all expiring contracts and work permits until October 31. So October is the new June. And that probably means at best a January 2021 start to next season.

LeBrun is making it sound like Vegas/Edmonton or Vegas/Vancouver is actually a possibility still. If that is really true then they must have backed off the whole 'home town/ice' concern, which is only sort of a concern without fans. I wouldn't call playing games in your home rink as providing zero advantage, but the advantage isn't big enough to not pick the 2 best cities IMHO.
A

cmaleski2 said:
LeBrun is making it sound like Vegas/Edmonton or Vegas/Vancouver is actually a possibility still. If that is really true then they must have backed off the whole 'home town/ice' concern, which is only sort of a concern without fans. I wouldn't call playing games in your home rink as providing zero advantage, but the advantage isn't big enough to not pick the 2 best cities IMHO.
Click to expand...

Agreed. They won’t be able to sleep in their own houses, they’ll be sequestered like everyone else. As long as the locker room facilities are equitable, there shouldn’t be any problem.
P

Vegas, Vancouver, Edmonton, Toronto, LA and Chicago are the only cities left for the hubs
A

Staff member
The Sarnia Sting have named Chad LaRose as Director of US scouting. Derian Hatcher is part owner and coaches them, David Legwand is part owner and President of Hockey Operations. Harcher and Legwand bought the team in 2015. All 3 of them are Michigan natives and came through the Compuware youth program and Legwand and LaRose both played for the Plymouth Whalers, although they didn’t play together.

You have to love 'Stanley Cup Champion' Chad LaRose. He scored 1 goal in 70 regular season+playoff games that year, but that doesn't matter.
A

cmaleski2 said:
You have to love 'Stanley Cup Champion' Chad LaRose. He scored 1 goal in 70 regular season+playoff games that year, but that doesn't matter.
Click to expand...

He had 5 more regular season goals than Hatcher. That one was a forward and the other a stay at home dman is not germane to the discussion.
A

Hmmm, Trump is planning a suspension of work permits of 'foreigners'. How might this affect hockey players and other athletes? Are they on H1B permits?
A

*AH* said:
Hmmm, Trump is planning a suspension of work permits of 'foreigners'. How might this affect hockey players and other athletes? Are they on H1B permits?
Click to expand...

U.S. Visa Options for an Athlete | Leibl and Kirkwood PC

Athletes coming to the U.S. with employment intentions are required to obtain a Work Visa or a Green Card. The most common work visas for athletes are:

The article below says that the P visas are not affected but H-2B visas may be, which could potentially affect the AHL and minor league baseball, neither of which will resume for the foreseeable future. 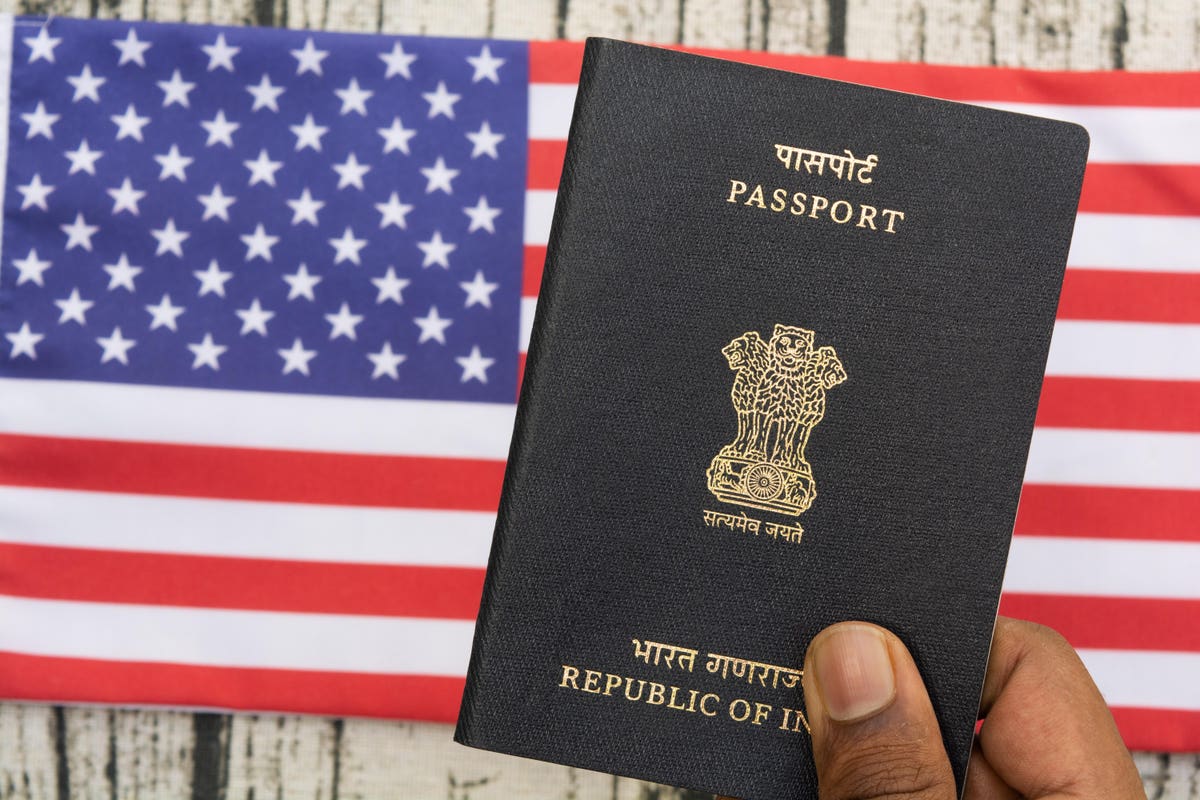 Speculation Mounts As List Of U.S. Work Visas To Be Restricted Grows

Ever since President Trump’s April 22nd, 2020 proclamation restricting certain immigration to the United States for 60 days was published, there have been rumors that the proclamation would soon expand to include nonimmigrant visa holders. Several work visas have been considered.

I bet if you look at HOF members there is likely a bias to guys who played all or most of careers in Canada no matter where they are from.
A

Staff member
"Yes" to Iginla and St Pierre, "meh" to Wilson and "whatever" to Holland since the builder category has absolutely no meaning. I will note that continuing to induct people why they are active in the sport is monumentally stupid. Lowe and Hossa? Screw that noise.

I think Hossa's total body of work is HoF worthy so I don't have a problem there. His career stats alone, considering he played his first 7 seasons in the 'clutch and grab era' are fantastic. 3 Cups, over 200 playoff games 149 playoff points, one of the better defensive forward in the league. He was legit for a very long time.

Doug Wilson has been a bubble HoF for a very long time so these years where there were few newly eligible slam dunks were his best shot. But I think he deserves to be in the HoF as well. Let me offer this up as my best argument for Doug WIlson. He played in the NHL from 77-78 to 92-93. Here are the top Dmen in terms of number of points over the timeframe that represents the entirety of Dough Wilson's NHL career along with their points scored over those years:

Kevin Lowe? 6 Stanley Cups, but hard to argue those Cups were won because of him. If you forget about the Cups what makes Kevin Lowe better than most any other really good defensive Dman of that same era? Like Brad McCrimmon for example?

Staff member
Lowe was a mediocre defenseman on a team that never really played defense. He was 100% a passenger on the Oilers train. I have big problems with that guy being in the Hall. Wilson? I'm just sick of hearing the arguments about him. Whatever. Maybe they should think about making an all-career category for guys like him who were close to the Hall as players but then went on to long and notable careers in management. I wouldn't have a problem with that, and I doubt many other people would either.

And for context on Hossa ... I hated that guy as a player. He got away with murder with his stick for no reason that was ever clear to me, and his ability to quickly turn a forechecking turnover in the corner into a scoring chance was like 90% of his offensive game. The fact that WAY more than half of his best attribute as a player was down to officials looking the other way while he hooked, tripped, grabbed and otherwise illegally mugged people on the forecheck just doesn't sit well with me. He was a BS fraud of a player and he's a BS fraud of a Hall of Famer.

That is fair and valid argument on Hossa JB. All I can counter with is that Brindy was an absolute master at cheating on faceoffs and I'm pretty sure that Guy Carbonneau also was allowed to get away with murder out there in the name of being a great defender. The greats cheat better than anyone else sometimes.
A

Staff member
With Kevin Lowe getting in, I can only assume that Charlie Huddy or Jeff Beukeboom are next.

Staff member
I get that, but those guys played within the context of their era without standing out in whatever we're knocking them for. Hossa and a handful of other band brand stars who started in the water skiing era were allowed by pure laziness on the part of the NHL and their lackey officials to hold on to the old version of the dark arts while everybody else was held to a marginally different standard. It's was obvious, and it was egregiously unfair. I will never forget Hossa somehow managing to avoid a high sticking penalty in a freaking playoff game when his stick literally got stuck in a guy's helmet. While he was holding it. Complaining that the guy was obstructing HIM. No. Not that guy. Screw that guy.

andyt said:
With Kevin Lowe getting in, I can only assume that Charlie Huddy or Jeff Beukeboom are next.
Click to expand...

Seriously ... if Lowe can get in the Hall, then you're saying that a freaking coat rack could make the Hall if it was the right kind of Canadian coat rack (I'm thinking Elk antlers here) playing on the right kind of Canadian team. It's crap. He wasn't anything more than OK in his whole freaking career. Including Lowe moves you from "Hall of Very Good" territory straight into "Hall of Played on a Great Team But Was Only OK" status. The most memorable thing that guy did in his playing career was put a puck in his own net.

I was actually very serious with my Brad McCrimmon comparison. Their careers pretty much directly paralleled each other. If McCrimmon was on the Edmonton Oilers and Kevin Lowe was not no one would have ever considered Kevin Lowe for the HoF.

These guys played in the exact same era. If I took the names off and asked you which one is a HoF and which one will likely never be considered for the HoF you might even end up swayed to pick McCrimmon with his incredible +448 career stat (10th best all time since that became a counted stat by the way) over Kevin Lowe and his otherwise almost identical numbers.