soco22 said:
Why does Soco not get credit for Reilly-Holl matchup? Been saying for a while wanted to see it
Click to expand...

Though technically, also open to him giving extra shifts with those two paired together. Like what he does with JT/Willie/Matthews. Would work better when muzzin returns, so could also pair the next shirt with dermott.

zeke said:
My bad my man.
Click to expand...

It's always okay to pick the sexiest one.
L

zeke said:
My eyes keep going towards guys on bad teams like doughty and weber and karlsson, even if I know their contracts are bad.
Click to expand...

I wouldn’t want any of those guys without some decent retention by the other team. Which is a nonstarter since they’re all cornerstones for them and signed through and beyond Trump’s second term.
L


1. Rielly is a bit of a beast. Didnt realize he was getting so much more ice than Barrie still. That mostly comes with Ceci. But now that he's taking the heavy D matchup shifts, his numbers have startend to come up very nicely.

2. Barrie has been good in the new role, but not great. Given his offense, that mediocre possession is probably good enough.

3. Holl may just be a monster. He's getting the toughest minutes, yet putting up the best numbers. Those numbers are honestly a bit nuts.

4. Muzzin was good in this new top matchup role, but not great. Interesting.

5. Ceci has fit in very nicely in his new role. 3rd pair usage with a bit of extra duty. Complete waste of money still, but in terms of quality for role, he's turned this slot into a plus now.

6. Dermott seems to be slowly rounding back into form. Bit by bit getting his aggressiveness back with and without the puck, and finally starting to dominate soft competition again. Great to see.

7. Marincin has been flat out excellent since coming back in, in legit tough matchup minutes. Well enough that it might be tough to take him out again.

Looking at these numbers, there's a decent argument to be made (and iirc @BeLeafer already made it), that Rielly-Holl should be paired up and used in the tough matchup role. And remake the Muzzin-Barrie pair that had success in secondary usage to start the season.

And now we might have a logjam for the bottom pair, not just with these 3 but obviously with Sandin and Liljegren.
Click to expand...

Muzzin is not great. I’m telling ya. Not great at all. And Marincin sucks too. His errors have been overlooked because they haven’t ended up in the back of the net. He’s still a dangerous guy, in a bad way, though admittedly better than previous stints.
L

And there’s almost no point trying to speculate who the RHD would be that Dubas might target in a 3 for 1 or whatever. It’ll be a guy no one is thinking about.

Nashville is sputtering. Any legit trade targets there?

the nerds are fawning over Ellis this year, though. but i'm guessing they're ignoring qoc. but maybe not.
L

Carolina is still a good partner imo. Dougie Hamilton, man. I was fawning over him for years, and last year was the time to strike. He’s fucking killing it this year now, but a UFA after next season and maybe priced out for them? They’ve always liked Kapanen...and while I hate giving him up, Dougie would be a big time young cornerstone. And super affordable next year. He would end the Pietrangelo possibility maybe, but shit, go for it and worry about that later.

I dont read this site often but this article is a great recap of the babcock era from someone who admits he gave him the benefit of the doubt for too long.

Most of us gave up on babcock sooner but all of us were with him for at least some of the journey and it's fun to pinpoint exactly when you jumped off the babcock bandwagon.... 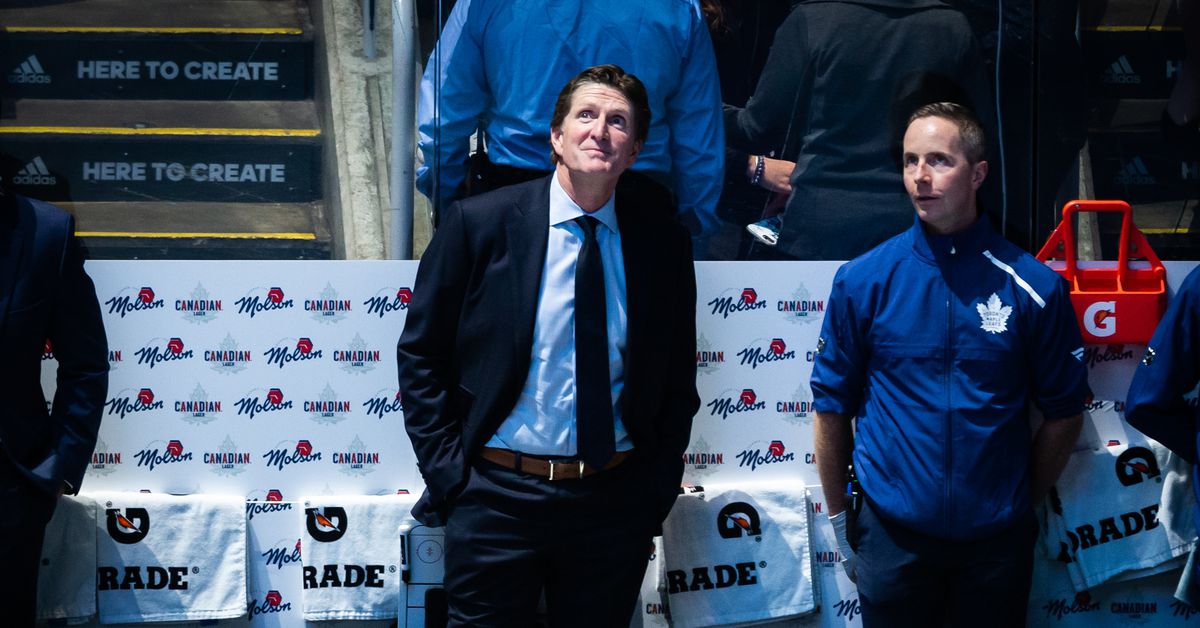 Why I Believed In Mike Babcock Too Long

On being wrong about famous coaches.

How has the PK been since Keefe took over

Artnes said:
How has the PK been since Keefe took over
Click to expand...

So giving up fewer and softer chances than anyone else in the league, just not keeping the puck out as well as we should.

Artnes said:
How has the PK been since Keefe took over
Click to expand...

I’m just looking at the Game Logs... did we really give up 21 PP goals in 23 games under Babs? Holy crap.

That's kind of crazy...28% of goals scored while we're on the PK should be scored by a Leaf.

was it mentioned here that Keefe's 1st 20gms were better than any 20gm stretch of bab's 4.5yrs here?

We have a powerplay?

BeLeafer said:
We have a powerplay?