The really enjoyable part is the comment section where they search for every possible reason to explain why the Leafs awesomeness is a mirage.
P

What's a pension plan puppet? Anyone we would know?

A cock apologist.
A

BL, just love how you call him cock now, not even the cock, just cock. Fantastic.

I just want to scream that.. yes it can be the all the coach. If a player is trying their best to play under a coach's system, and playing a style or manner that is completely different to how they play, then it is the coach's fault. These players were trying to do things the way babs wanted. The players aren't playing poorly... they are playing how they've been told to play and that is what is poorly set up.

I just wanted to scream through the tv today. Bab's wanted to turn a bunch of ferrari's into Ford F150's.... then blames the Ferraris for not being able to compete. Fucking moron.

Babs needs to be called on the fact that he coached like crap for his players. He gave up on them. Wasn't even trying. He needed to be held accountable.
A

Many likes for that Zeke. My question remains.... Two weeks old now, does anyone in the NHL hire this guy now? I see the AHL on the horizon for this doofus. LOL> And really, nothing wrong with that, reinvent yourself Babs. Most of us have to every year.

Staff member
We better hope he gets hired (and of course he will). If the Toronto experience even kills a HoF coaching career, it would not be good for us.

zeke said:
Babs needs to be called on the fact that he coached like crap for his players. He gave up on them. Wasn't even trying. He needed to be held accountable.
Click to expand...

If I am a GM looking for a coach I would never want a guy who never, ever tries anything new when things are going bad. His last interview ever as Leafs coach had him saying "Stick with the plan and grind". It's shameful
L

“Some of the things he said to him on the bench – I don’t know what he said to him behind closed doors one-on-one – but he blatantly verbally assaulted him during the game on the bench,” Chelios said on the podcast. “It got to the point where poor Johan, nobody really knowing that he was suffering with the concussion thing and the depression thing, he just broke down and had a nervous breakdown, not only on the bench but after the game in one of the rooms in Nashville.”

Chelios said “that as probably the worst thing I’ve ever seen,” when asked about coaches abusing players.

He was asked if any of the team leaders confronted Babcock.

“Not really, no; guys talked amongst each other, when some things happened and there was some second guessing and it got to (former general manager) Kenny Holland, Kenny Holland came down to the room and had this speech and supported Mike Babcock," Chelios said. "It was a great speech, but (he told) everybody in the room, ‘If you don’t like it, come up and see me and be traded.’ So that was the way it kind of ended.”
Click to expand... 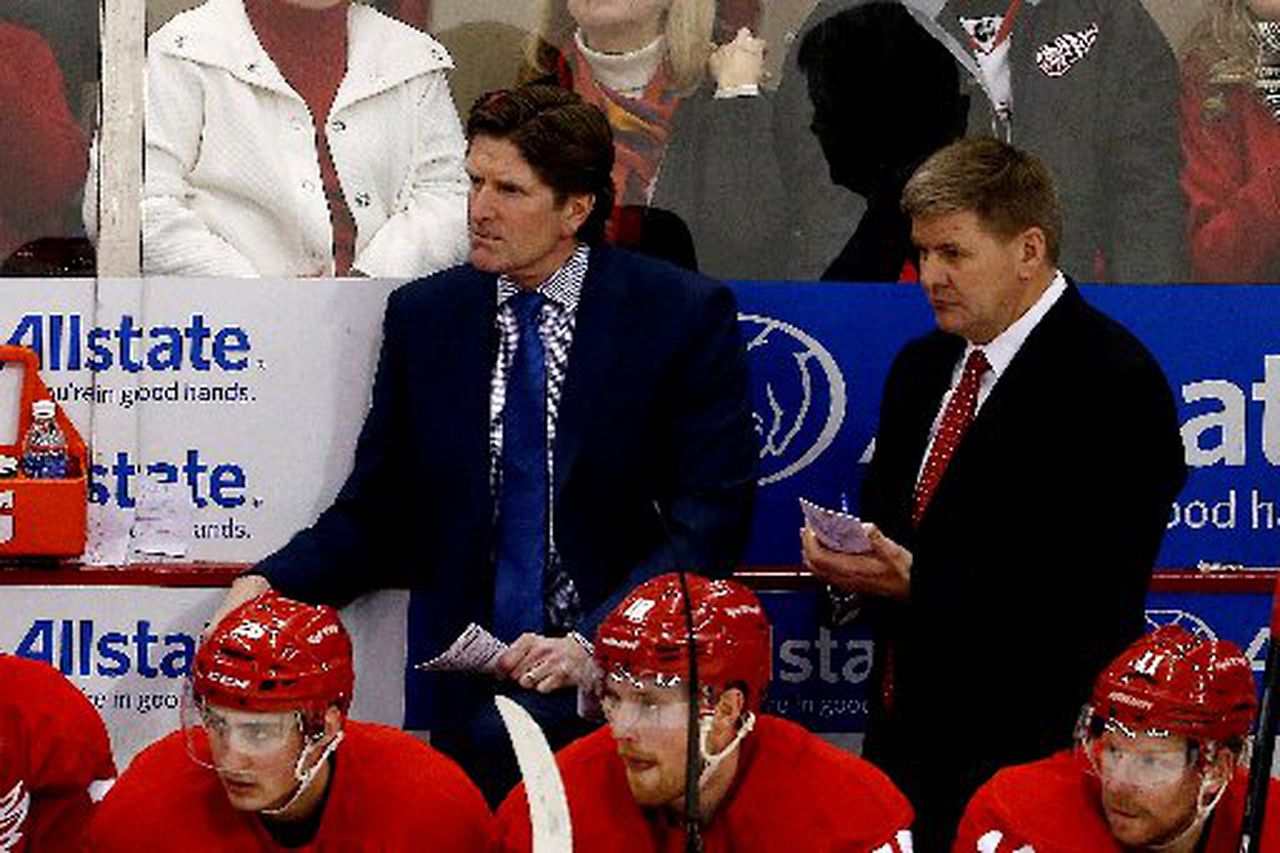 Holland is a scumbag as well. Between this and letting Babcock sewer Commodore.
L

Also said Babs was going to scratch him for the Winter Classic in Chicago but Holland and Nill convinced him otherwise.

So he dressed Chelios in the opening lineup, and didn't play him again all game.
P

not that it hurts at all, but remember filppula made it clear that he had no interest in coming here whatsoever.

zeke said:
not that it hurts at all, but remember filppula made it clear that he had no interest in coming here whatsoever.
Click to expand...

Yeah, that was a red flag that we missed because who cares what Flipper thinks, right?

you can rest assured that multiple players turned us down coming here because of Babcock.
A

MindzEye said:
Yeah, that was a red flag that we missed because who cares what Flipper thinks, right?
Click to expand...

You should be Cherry's replacement, as long as you have Zeke sitting beside you Damn that would be historic and put Habsys fine piece of work on the map.

I sure as shit would tune in. But Zeke gotta be Ron bro.

Mindz? I think you and Zeke should take over the bozo's job's. You and Zeke? Dude, I could really get behind that.

But forum? Zeke and Mindz, taking over for that bum slurper and real man Don? Sorry Zeke, I don't meant to imply you would do anything like what Ron did for decades.

But wow, Mindz and Zeke, the new Coaches corner, think of it, It would be EPIC. Really good stuff, two amazing minds and CURRENT guys.

Shit, I might try to get this done. Who better to represent our blue and white than these two guys

A Belushi moment for sure.

But nah. Lets settle for Jim the fruit and the simpian Simpson.

Strive for the best, never settle for the rest.

Let me ask a question? How does any Maple Leaf? Sit in the dressing room and look Hutchinson in the eye? Anyone here know about dressing room culture? U cannot look at the guy without possibly snarling or laughing.

We gotta get a second guy and soon. Its almost xmas time and we have a junior B in the dressing room. Not good imo.
L

MindzEye said:
This appears to be the best place to continue the #MeToo hockey edition stuff

So where do guys like these go from here?