Kim goes on a shopping spree at the discount store. I like. 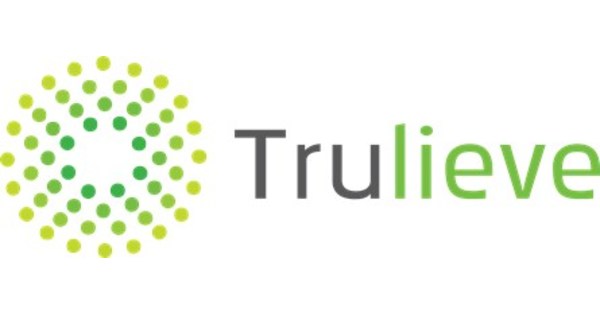 I like this a lot. Getting into high margin, highly profitable PA is smart smart smart. Not cheap though.

This is kinda why I take the current trulieve market cap with a grain of salt. They are going to dilute. But they'll certainly add value. This will help their growth tremendously especially if PA legalizes recreational in the near future. Could be a game changer

Bad timing for presto to go heavier in TRUL than thumb. Bleh.

But long and strong and such. Probably a good move for the lieve. Unfortunately expansion won't be cheap at this stage which is why I'm a touch less bullish on them than others. And their cash raise at a 9% discount from today's closing price doesn't help.

That discount will get eaten up in a flash.

Yeah maybe it finally provides that spark the sector needs. I'll probably nibble on any dip. They diluted about 4% on the bought deal but they also added nice value. So we'll see.

CH1 said:
My take on market dying, is that I'm not worrying about it unless SPX can't hold 3350 area.
Click to expand...

Market sliding around that level overnight

But we have a recipe for a crater today. I suspect we may see 24.50 or below.

Could be a fantastic day to nibble imo.

Bid-ask currently at $26 .-3.7% is a win a day after dilution + on a day of a broad market crater. But I imagine it will get worse. SPX looks like will get another leg down. I had 3200 as a decent level to potentially look for a reversal a week or two ago. I still see that as a nice level. But I wouldn't necessarily be shocked if 3000 is where it goes in the end. Man if that happens between now and the election Trump will have an aneurysm especially since it's a perfect setup for a "buy the dip" scenario on a Biden win.

I was able to grab short exposure overnight in my trading account....all out now. Will look for bounces to short along the way.

$25 is my next nibble on Lieve. $17 on Thumb. Robotic trading. Emotion-free. My cock is ready for volume today. Will likely be mostly bear volume but I suspect we see fun swings. Let's go. I've been waiting for an MJ crater for too long. I'm heavy on cash for this very reason.

interesting to see what happens in the cannabis sector today; thinking it won't be so bad as the correction is highly focused on retail owned tech names that have gone parabolic....but there should be some good opportunities in MSO land.

I'm just excited that the Trulieve news will create volume for the first time in forever. Lotta people bullish on the news despite the dilution so it'll be interesting to see the varying forces clash against one another. We have a broad market crater, which MSOs most often correlate to. We have dilution, which stonks typically dump on. But we also have a fairly bullish-leaning acquisition that is a necessary step to make TRUL a legit MSO as they add a ton of value. Based on the cultivation size, TRUL will be at 90k once the funded expansion is done. Cresco is at 95k, CURA 125k, TER 120k so they are right up there with the leaders in the state. As I said, part of the price they'll have to pay in being in a single state is that expansion to other states will be a lotttttttt more expensive than it was for other MSOs. But being so profitable in a single state allows them to have the balance sheet to do it. Plus, if they need to dilute any more to do it, they absolutely can and still be terrific value. Their market cap still ain't crazy.