Staff member
I’ll leave the other thread stuck for a while, but now that the Cup has been awarded, let’s move on to here.

Frank Seravalli says the league may consider a hybrid bubble concept for the 2020-21 season. And NHLPA Executive Director Don Fehr didn’t shut it down completely but said it’s a possibility to start the season. The league and PA will probably meet sometime next week and the PA is in the process of finalizing a committee of players to meet directly with the league, similar to the return to play committee. One of the informal concepts is 4-6 bubbles, preferably in locations where at least some fans would be able to attend. Because of the continued Canadian border closure, one of them would have to be in Canada; as MLB found out, the Canadian and provincial governments were OK with the airtight NHL bubbles, but not a situation where teams would be crossing regularly for short durations. Teams would be in the bubble for 2 weeks, home for 1 week, back to the bubble for another 2 weeks, etc. The thinking is that teams would be able to play about 12 games per month, which should allow a 48 - 60 game season. There is a TV wrinkle though; the league probably needs to finish by July 22, the date that NBC starts broadcasting the Olympics. 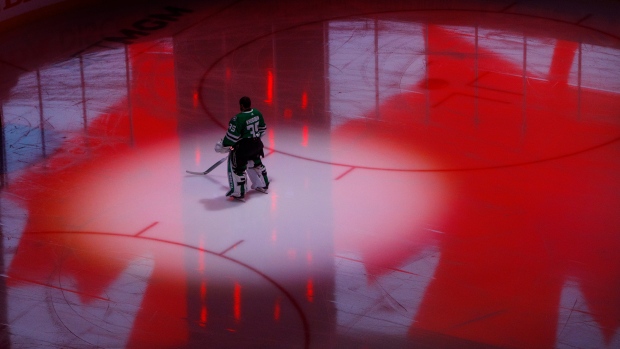 NHL to consider concept of hybrid bubbles for 2021 season - TSN.ca

Concept would include a rotation of two weeks in one of four to six bubbles located in locales around league, followed by one week at home for players to regroup, Frank Seravalli writes.

Staff member
The Canadian border issue really has to be settled one way or the other before they can make any meaningful progress towards a structure for the next season. Without a resolution on that problem, everything else is just whistling in the wind.

The Canes I assume will simply push the 2020/21 season outdoor game to the 2021/2022 season instead of getting any false hope for the folks who are holding out hope for things like that.

I really hope so CanadaCanes. If its not the full packed stadium experience, its pretty pointless to spend the money to hold the game at Carter-Finley.
A

Staff member
I don’t think there is any way the outdoor game gets played. Effective this Saturday, outdoor stadiums can be at 7% capacity. Are we going to get to 100% by February? Not a chance.
A

Staff member
Dreger says the Rangers will buy out Lundqvist, perhaps as early as tomorrow. Because of the way his base salary was structured, and with a bonus paid on July1, the Rangers will save $3 million against the cap in 2020-21 but will add $1.5 million to the 2021-22 cap.
A

Staff member
David Poole says the Preds may buy out Kyle Turris. He has 4 years left on a 6 year/$36 million contract. It’s all salary and has a $6 mi0lion actual each year. 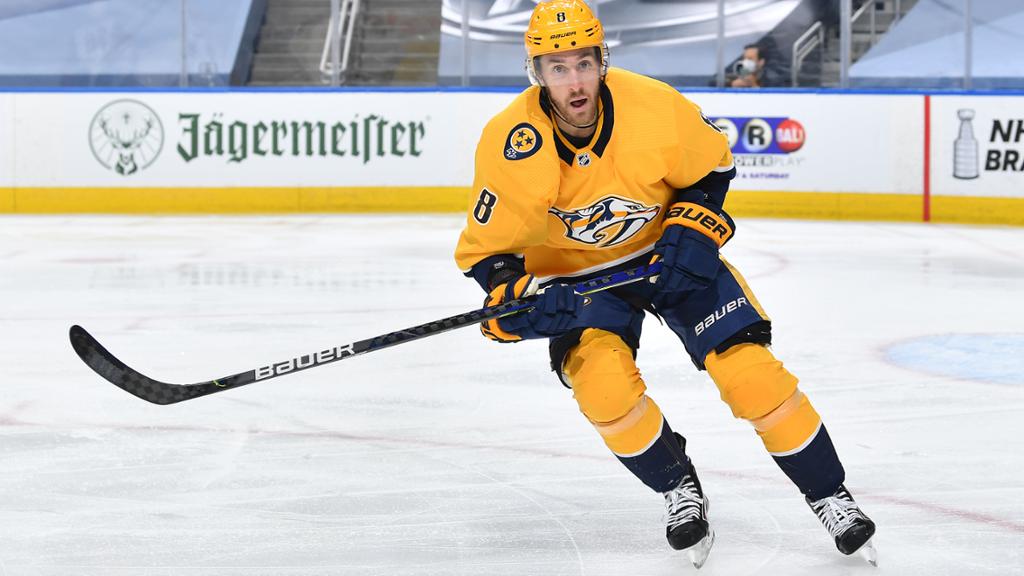 Turris buyout among options for Predators, who look to get younger

Kyle Turris could have the final four seasons of his six-year contract bought out by the Nashville Predators, who are looking to give their younger players a chance to make the lineup.

Ouch, that is a long and expensive buyout if they go that route. Its been painful to watch the Semin buyout and its impacts slowly pass by for 6 seasons. 8 years of $2 million cap hits for a Turris buyout will be an even slower burn for Nashville if they elect to make that move.

One thing I'm going to be interested to watch when free agency officially opens is how new contracts are structured. The recent trend had been for contracts to pay players the big bucks right away and then have actual salaries reduced gradually on the back end of the contract (see Justin Faulk's ridiculous new contract with St. Louis). I would think that is the exact opposite of what now makes the most sense for many organizations to do.

The thought that 'ticket and concession and parking revenues' might be severely depressed this coming season might make the competitive advantage that some of the larger market teams have in general to pay out big signing bonuses and much higher salaries up front even larger. Its going to be a lot easier for the NY Rangers to still make large signing bonus and salary payouts to an Alex Pietrangelo in 20-21 than it will be a for a smaller market team that relies more heavily on their home game revenues. While that might usually be the case in a typical season, its REALLY going to be the case for this coming COVID impacted season.

The Canes are not going to be big players in the UFA space, so this won't impact them much, but I will be curious to see if we try to structure our contracts with Fleury and Foegele to be something along the lines of 2 years, $4 million with salaries of $1 million and $3 million rather than $1.75 and $2.25 million for example. Dundon is crazy rich of course, but it still makes business sense to try to minimize cash out to players this coming season when signing any new contracts.

Staff member
Yeah, part* of the trend towards bonuses was driven by players' agents hedging against the chance of a lockout at the end of the CBA ... and that risk was wiped out by the return to play negotiations resulting in a shiny new CBA as a sort of bonus baby. But like most things in the NHL, the unintended consequences will last longer than the intended ones, as players saw how easy it was to manipulate some owners into cash up front, bonus heavy deals. And duh ... when it comes to compensation for labor, ALWAYS get it in cash and get it up front if you can. That's Self Preservation 101. And with the weird timing of those scheduled payments this year ... July 1 being the key date for bonus payments ... and cash being at a premium, the players who are on heavy cash up front deals are suddenly worth their weight in gold to owners looking to cut payroll expenses without cutting roster quality.

*the other part being buyout protection, and that incentive has only gotten stronger I think. Look for more and more players to push for pay structures that include bonuses, especially over the next couple of years while revenues will be depressed. Every vet that gets bought out this summer raises a few more eyebrows from guys looking to avoid being the next Kyle Turris.

The King is gone, but he's not forgotten...

LJG said:
The King is gone, but he's not forgotten...
Click to expand...

God, I hope not. Lundqvist had one heck of a career in New York, on and off the ice. In soccer they'd have called him a talisman.

Tampa must hand out no move clauses in their contracts like candy...look at this mess that Brisebois has to sort through:

Cirelli and Sergachev are both prime targets to get offer sheets thrown their way in the next week or two!

You won a Cup, but now the real fun begins for Brisebois.
A

Staff member
Pierre LeBrun has an article on The Athletic about what BriseBois has to deal with. They have 15 players under contract and $5.3 million of cap space. 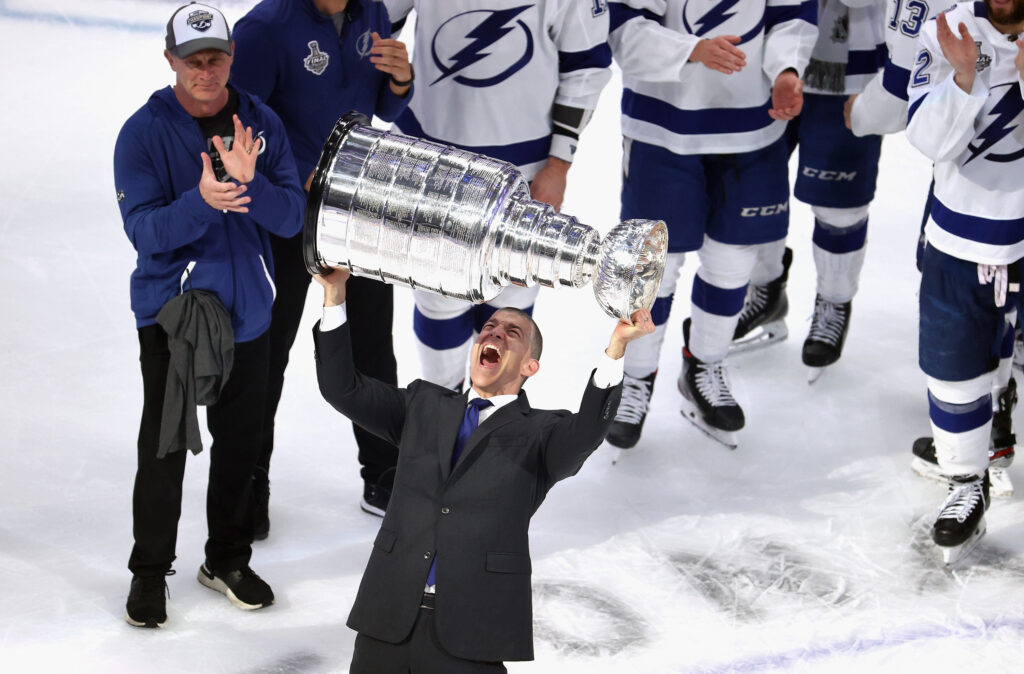 LeBrun: Lightning get right back to work trying to navigate upcoming cap crunch

The Lightning have important RFAs to sign and $10 million to shave off the salary cap number for next year. And teams know it.

andyt said:
Pierre LeBrun has an article on The Athletic about what BriseBois has to deal with. They have 15 players under contract and $5.3 million of cap space.

LeBrun: Lightning get right back to work trying to navigate upcoming cap crunch

The Lightning have important RFAs to sign and $10 million to shave off the salary cap number for next year. And teams know it.

If you were a GM of a team with all kinds of cap space in the world and a young pool of great prospects, I would offer sheet guys like Sergachev and/or bamboozle Tampa in lopsided trades to try and rebuild your team. Tampa simply will not be able to match a large offer sheet in this current environment.

Staff member
If nothing else, making Tampa deal with offer sheets to important pieces like Cirelli, Cernak and/or Sergachev would force Brisbois to do some heavy roster shifting that would almost certainly weaken Tampa in the near term. You want to be careful not to over pay for support level players, but Tampa's options are exceptionally limited. Another RFA to think about is Verhaeghe. He's arbitration eligible and while he's on the fringes of their roster he's a still a decent prospect at age 25 ... only one season removed from an 80+ point season in the AHL.
A

CanadaCanes said:
If you were a GM of a team with all kinds of cap space in the world and a young pool of great prospects, I would offer sheet guys like Sergachev and/or bamboozle Tampa in lopsided trades to try and rebuild your team. Tampa simply will not be able to match a large offer sheet in this current environment.
Click to expand...

Tampa doesn’t have a 1st or 5th round pick this year but they have an extra pick in the 3rd, 4th and 6th. Next year, they have all their own picks plus the Preds and Devils 7th rounders. They surely can’t afford to take on bodies, but a package of picks could probably shake something loose.

Habs can try to get Sergachev back via an offer sheet since Bergevin appears the only GM willing to use that option.
A

Staff member
Bobby Ryan doing a little reverse tampering, saying the Flyers would be very high on his list if they made an offer. He grew up across the river in Cherry Hill as a Flyers fan and his father still lives there. Flyers GM Chuck Fletcher was an assistant GM in Anaheim when the Ducks drafted him in 2005.

andyt said:
Bobby Ryan doing a little reverse tampering, saying the Flyers would be very high on his list if they made an offer. He grew up across the river in Cherry Hill as a Flyers fan and his father still lives there. Flyers GM Chuck Fletcher was an assistant GM in Anaheim when the Ducks drafted him in 2005.
Click to expand...

After his last four seasons, Ryan should just be happy if his phone rings at all.