WPG should be a better test for us next week.

Smashed their hopes....they legit thought they would sweep us to take the division.

The only post-game I ever watch is in the playoffs.

teabagging the rest of Canada is enjoyable so far 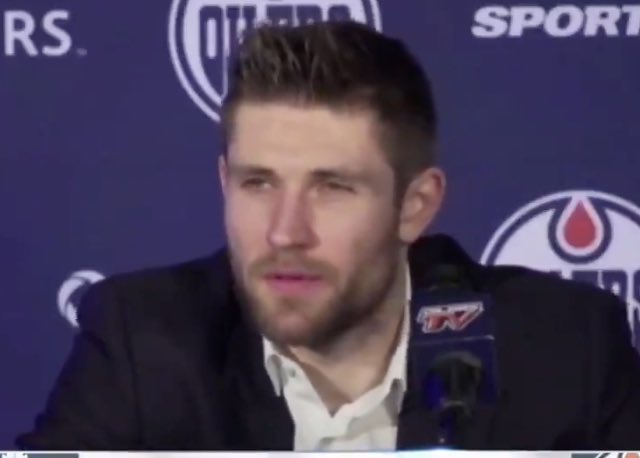 LeafGm said:
How has Spezza improved from last season? Isn’t he supposed to be aging?
Click to expand...

guessing lots of time off with barb, our medical staff and skills coaches as he stays in Toronto during off seasons

Have to say this is the best I've seen a Leafs team play for a stretch of games in a long time. Credit where credit is due to wonder boy for making solid additions in the off-season and for finally adding some solid veteran pieces to compliment the younger guys. And I was definitely wrong about TJ Brodie. The guy is an absolute rock and a fantastic addition as Rielly's partner.

uP aGaInSt tHe cAp

Said this the other day on here that the oilers should target hyman - though hyman doesn’t seem like he’d be interested in leaving toronto and likely willing to take a discount to play here.

This is the kinda morning when I actually feel like listening to sports talk radio.
S

Aberdeen said:
This is the kinda morning when I actually feel like listening to sports talk radio.
Click to expand...

don’t give in man! Just find some nice cocaine instead - healthier for u

Yeah, after his old man engineered a trade to get him out of Florida specifically to toronto I have a hard time seeing zach leave a contending leaf team to go play in some frigid shitshow

Aberdeen said:
This is the kinda morning when I actually feel like listening to sports talk radio.
Click to expand...

MindzEye said:
Yeah, after his old man engineered a trade to get him out of Florida specifically to toronto I have a hard time seeing zach leave a contending leaf team to go play in some frigid shitshow
Click to expand...

I don’t think his pops needed to pull any strings to make that happen. Hyman had played out his four years in the NCAA without signing an ELC with the Panthers, so he was eligible to become a UFA later in the same summer we traded for him.

He probably just let the Panthers know his intention to sign with the Leafs, and rather than lose him for nothing, the Panthers opted to trade him to the Leafs. For Greg McKegg, with a leg for an arm and an arm for a leg.

To your point though—yeah, I’d be surprised if he went elsewhere this summer to chase the biggest money he can get. Let alone to Deadmonton.

I forget where I heard it, but I had heard at the time that his old mans fingerprints were all over it.