wiseguy1 said:
There is no way he will step in and be as good defensively as Danault immediately. It will take 2 years. Wonder if MB is willing to take this step backwar
Click to expand...


I don’t see this drop off letting Frenchy go . He is overrated and covid will have bargains galore this year

He is a third liner and you don’t overpay these guys.

Staff member
Can we dispense with the "Frenchy" crap? 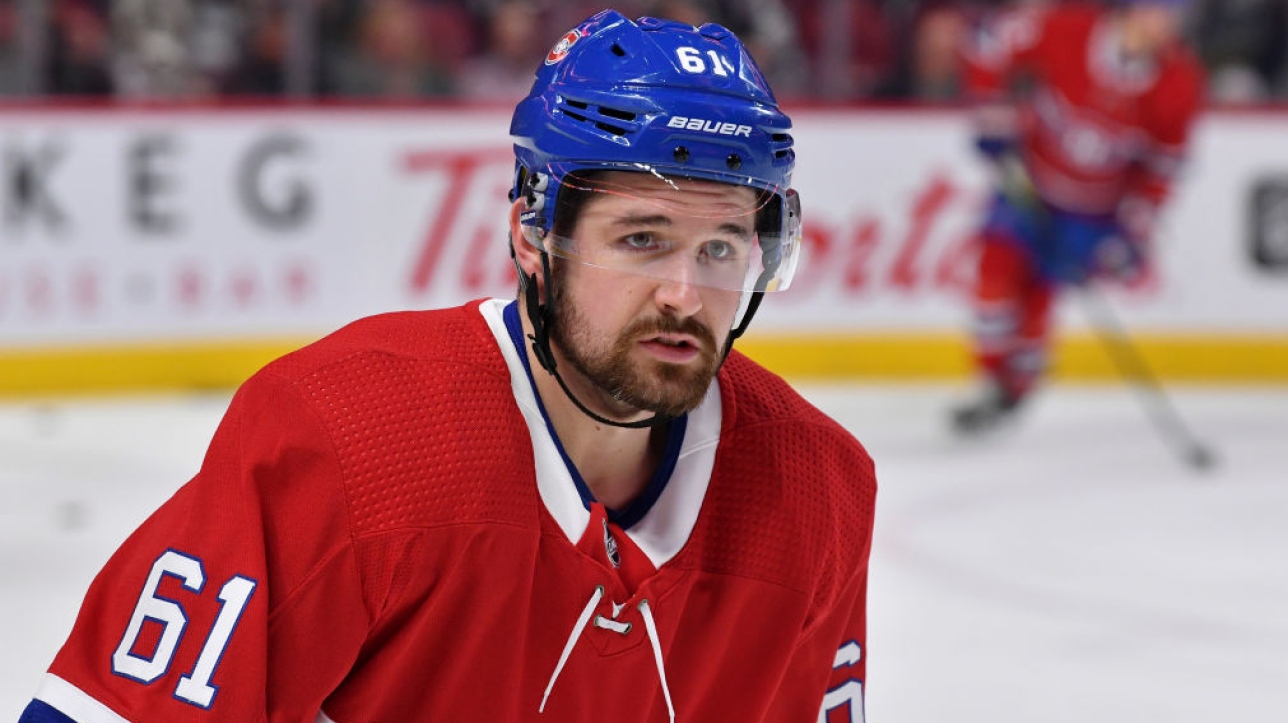 Dauphin & Ouellet are sent back to Laval, we've given a one year, two-way contract to Corey Schueneman for next season.

Dano’s line has been elite lately:

In the 11 games the Canadiens have played with that line back together, Danault, Gallagher and Tatar have been on the ice for 12 goals scored and have not allowed any at five-on-five.

Habsy said:
Can we dispense with the "Frenchy" crap?
Click to expand...

And all the other stupid nicknames.

hairnova said:
And all the other stupid nicknames.
Click to expand...

Galchenyuk & Beaulieu are gone so don’t look at me.....at least until the Hobbit comes aboard

Staff member
Waiting to hear from some of you again as to how retaining Richardson isn't a big deal because Ducharme will tweak the PK.

Well as I expected, Ducharme has left it to Richardson. They need to replace him in the summer.

not a big deal....I see improvement

screw you and that macramé guy

My eyes help me see that the numbers have not improved but also my eyes say the PK looks better....

they are more aggressive on the PK

and the sample size is still small

Staff member
No shift. It's because of Richardson. He needed to be removed as well, his retention was stupid.

Habsy said:
No shift. It's because of Richardson. He needed to be removed as well, his retention was stupid.
Click to expand...

The PK looks a little better, much mor ke aggressive, that’s what we wanted. You’re relying too much on fancy stats. Also, Price has been better.

Staff member
No improvement where it matters

LOL , then fired if Habs lose in the first round of playoffs. 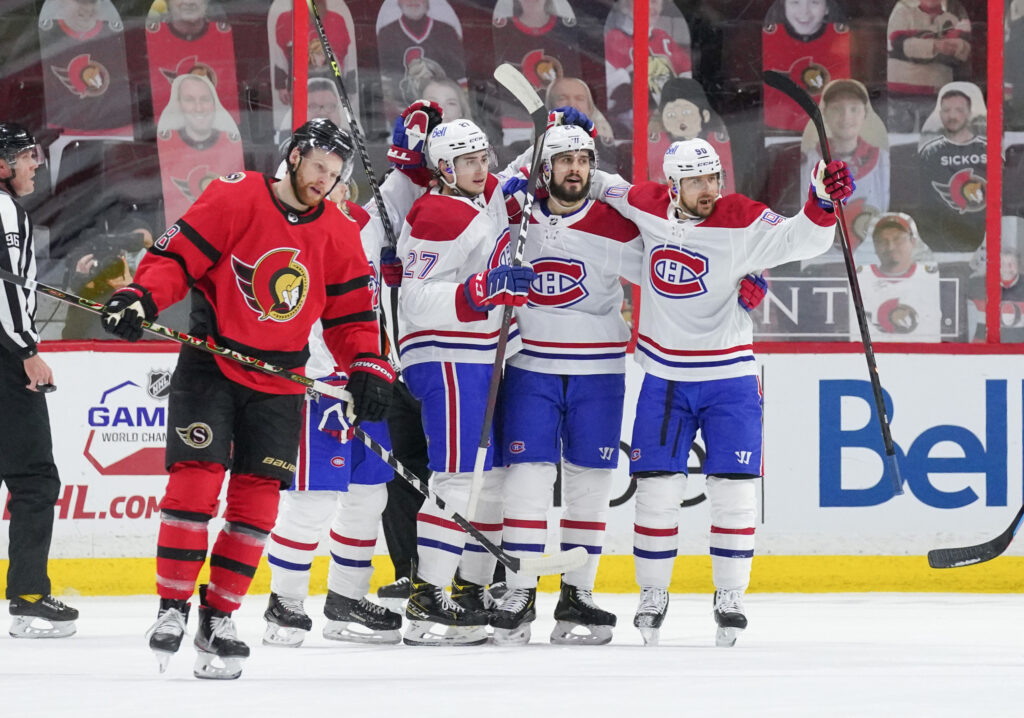 The Canadiens' belief in Dom Ducharme, the Jake Evans cap squeeze to come, Cole Caufield's unique contract and more in the weekly notebook.

During the Canadiens’ first practice back from their forced break due to COVID-19 on Monday, injured defenceman Ben Chiarot walked out to the bench in street clothes as his teammates skated around and watched for a bit. But he didn’t stay long.

It appeared as though the sight of them skating around was too much to bear. But it wasn’t that. Chiarot was getting prepared for his own return to the ice.

Not long after his teammates left, Chiarot jumped on in full equipment with a trainer. He had a glove on his left hand but left his broken right hand exposed for a while. It did not have a cast, just a brace of some sort, a black band that went across the knuckles he used to try to punch J.T. Miller in a fight on March 10.

Chiarot was supposed to be out a minimum of six weeks from the time of his surgery on his broken right hand on March 15, which would have had him returning in a best-case scenario on April 26. Except he is already back on the ice and is able to hold a stick, though he is not yet handling pucks. Still, it would be reasonable to believe at this point that his return is at most three weeks away, if not less than that.

If the Canadiens trade for a defenceman off an American team, the one-week quarantine that would be required means that player would be useful to the Canadiens for two weeks before Chiarot’s return. And with each passing day, that window of prime usefulness grows smaller. After that, the new defenceman would have to be considered an upgrade on either Brett Kulak or Alexander Romanov in order to remain in the lineup.

Another important factor here is Ducharme’s desire to have Romanov play on the left side even after Chiarot returns, something he reiterated Thursday morning.

“I think it helps his game,” Ducharme said Thursday morning. “The way he closes on guys through the neutral zone and high into our zone, I think he’s doing a good job on the left side. When he gets the puck, it’s easier to see the play when you’re on your strong side.”

Yet another factor is how well Kulak has played next to Jeff Petry since Chiarot’s injury.

“He seems comfortable playing with Jeff,” Ducharme said. “Both guys are really skating well. The way (Kulak) skates, he can really close on guys quick, that’s one part where he’s having success when he does that, and he’s been consistent in doing that lately and he’s got to keep doing that. He’s keeping it simple with the puck and he’s got the legs to be in the play and support the attack. I think it’s a part of him that’s moving well with good decisions, with the puck and without the puck. He’s just making good reads and killing plays quick and (making) simple plays with the puck.”

Along with Joel Edmundson’s ability to play on the right side, all of these factors need to be considered when assessing the likelihood of Bergevin going out and acquiring reinforcements for the left side of his defence, or even his defence in general. The cost of such a trade would need to be weighed against the extent to which the new player is an upgrade on either Kulak or Romanov, or if he is simply a replacement for Chiarot until his return, which appears to be not that far down the road.

Considering how well Kulak has played next to Petry and how invested the Canadiens are in keeping Romanov in the lineup and his cap constraints, maybe this time Bergevin can be taken more seriously when he says not to expect anything much before the deadline.
Click to expand...

GEEMAN said:
I don’t see this drop off letting Frenchy go . He is overrated and covid will have bargains galore this year

He is a third liner and you don’t overpay these guys.
Click to expand...

and just like that, Danault is back on a 47 pt pace (within his usual range)

We're a much much better team when Danault's line is performing to their usual standards, giving Nick and KK more favorable matchups. With Staal coming in, Ducharme is going to have some interesting matchup options.

CH1 said:
and just like that, Danault is back on a 47 pt pace (within his usual range)

People can't help but succumb to recency bias -- especially at the start of the season when everything is recent
Click to expand...