Preston said:
That appears to be the biggest difference. They literally lost a superstar.
Click to expand...

More than that though. Shooting has gone to shit, playing worse players more minutes now and Serge really fucks the bench up imo. Boucher really helps space the court well and allows RHJ to play in the traditional dunker spot around the rim. Our bench was running a train on opposition benches while Serge and Kyle were out with injury. Partially because Norm became a proper role player with the 1st unit and basically just focused on 3&D, which gave TD2 a bigger role on the ball with that unit (he's way more versatile offensively than Norm). Norm becomes the focal point of the 2nd unit when he's on it for some reason. Partially for Serge related reasons already mentioned.

Raps WITH Kawhi barely beat these guys, this is a good team

But sigh..... Maybe we can let the young guys go and make and shake.; I dunno, you guys kknow basketball better than I do.

aniablue said:
Raps WITH Kawhi barely beat these guys, this is a good team

But sigh..... Maybe we can let the young guys go and make and shake.; I dunno, you guys kknow basketball better than I do.
Click to expand...

That Sixers team had Jimmy Buckets, this one doesn't. But we lost our mojo when Kyle and Serge came back. Some of it is minutes and roles within the rotation changing in the wrong direction, some of it just isn't.

MoJo is gone!!! Nurse needs to toss Serge out the window for a few games. To see if the mojo comes back. Seems like the rest of the players relaxed because they now think we are at full capacity now so should be easier. They have stopped working like dogs and that’s what kept them in.

But man Serge is where the ball goes to DIE

Serge is addition by subtraction at this point, yeah. Tristan Kardashian would be a great add to replace him.

I would toss Norm in the starting lineup and bring in FVV(when healthy) and Davis off the bench (just to mix it up) also use Boucher more. Ibaka and Norm for a trade piece would be ideal.

Also what the hell happened to the Best D in then league???!

Where was this effort for the whole game?? Seems like they woke up with 4 minutes to play

Good to see that at the end, for sure.

zeke said:
Good to see that at the end, for sure.
Click to expand...

If I was nurse I’d rip this team a new one in the locker room. And ask what the f did it take for them to grow a set and start playing 44 minutes into the game? And if they come out this way tomorrow night. All of their asses will be stapled to the bench on the second half.

Also Marc needs to figure out his shooting at some point. He has looked horrible lately.

HabsFan1 said:
Also Marc needs to figure out his shooting at some point. He has looked horrible lately.
Click to expand...

Eh, I think Marc is just declining. Enjoy the high level parts of his game while you can kind of thing. Makes getting him a legit backup who does most of the things he does, that much more important. Serge isn't it.

Hell no Serge isn’t that. Gasol’s replacement needs to be a D and rebounding type who can hit a 17-18 footer in my mind.

HabsFan1 said:
Hell no Serge isn’t that. Gasol’s replacement needs to be a D and rebounding type who can hit a 17-18 footer in my mind.
Click to expand...

Don't know if you're going to find that guy in this market. Tristan is a career 29% between 16-3pt and Noel is shooting it better this year (38%), but is a career 28% from that distance.

Both can pass the ball well though
G

MindzEye said:
Serge is addition by subtraction at this point, yeah. Tristan Kardashian would be a great add to replace him.
Click to expand...

Serge is our Hyman
A

Getting Lowry back, meant that we had to get him into the lineup, but he was real rusty. Threw off our momentum. We still have a nice win loss record.

I'm sure it's good, but the production value made me throw up 30 seconds in. Couldn't handle the script, voice or music. That's why I enjoy The Athletic. Reading is 5x more efficient.
L

With the rookie head-coach signed, they moved on to the next target.

Webster knew that trying to acquire Leonard was an enormous bet. But they were already all-in on a coaching change. This was the time to gamble. And they already knew the outcome of the status quo. They had five disappointing ends to a season in their minds. That is what drove them: it was a championship or bust.

Webster had a relationship with Brian Wright, then the assistant general manager of the SanAntonio Spurs. They had been interns together with the Orlando Magic. Webster had developed a connection with Wright over the years and could speak frankly with his old friend.

“It’s such a competitive business, so relationships matter. Trust matters,” says Wright, who is now the Spurs GM. “Being able to have confidential conversations and work through some difficult things at times. That goes a long way.”

It’s the kind of connection Webster has developed with many people in the industry, Ujiri says — and another one of the reasons he gave him the GM role.

Neither Webster nor Wright will reveal when the first call was made regarding Leonard, but it was sometime after Lithuania, in early June, and it’s been reported that they spoke at the NBA Draft. Regardless, Webster will not accept credit for it. But that initial conversation sparked the biggest trade in Raptors history.
Click to expand... 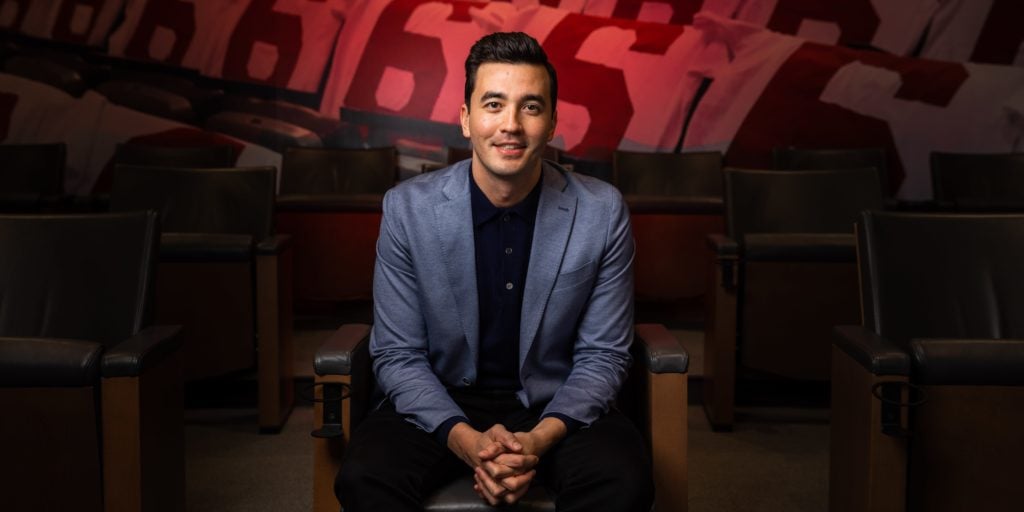 Searching for Bobby Webster: The untold story of how one of...

If Masai Ujiri is the ship captain, Webster is the Raptors navigator.

Yeah, his production value is terrible but he does a good job breaking down the basic mechanics of what is happening on the court when it comes to sets/schemes.

He does a good job showing how we're mixing up different types of zones depending on who we're facing, what type of rotations we're making, who we're allowing to have shots and who we're not, etc.