And with that, golf officially fades back into its traditional place as rich white-guy sport that dad's have on in the background while napping on Sunday afternoons.

Well, he does have a son.

yeah that has to be it you'd think. his back was already toast apparently.

Volcanologist said:
yeah that has to be it you'd think. his back was already toast apparently.
Click to expand... 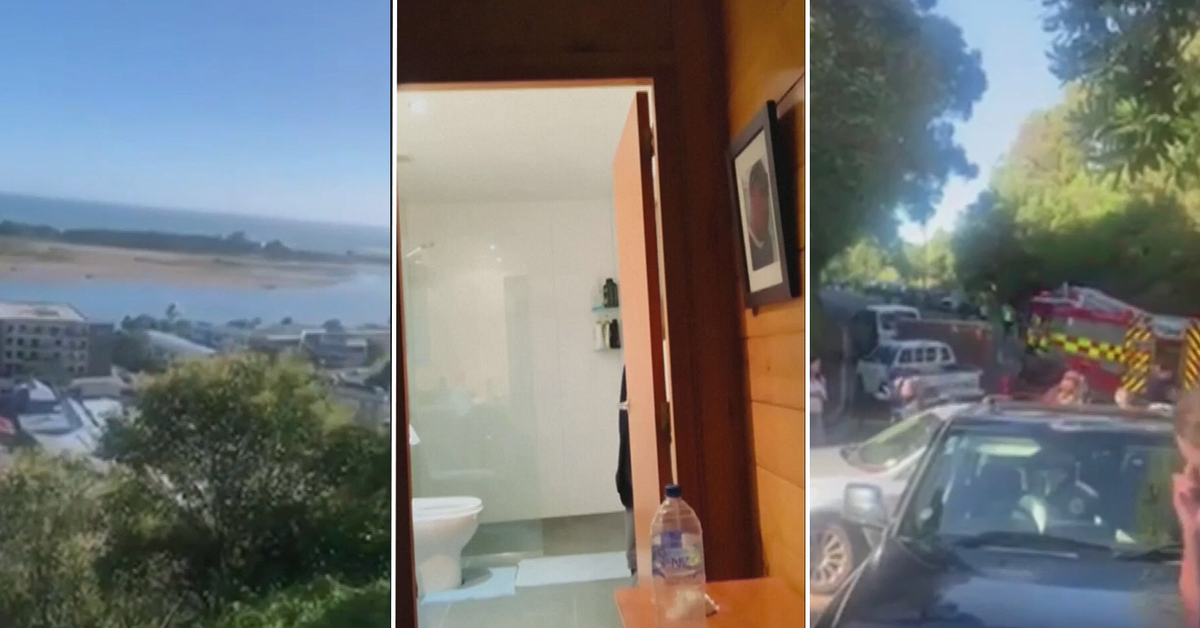 Not a good day for New Zealand or for that matter Australia. Some COVID-19 vaccines destined for Australia were halted due to tsunami warning.

So the Bolivian government has arrested Anez over her role in the 2019 election crisis.

In a chain of events that is supported by available evidence (but will still twist BL's tit because heaven forbid a socialist can do bad things because the greater good of la revolucion trumps all), here's largely how shit went down:

2017 - Evo's buddies on the constitutional court finds that term limits violate Evo's human rights as set out in the ratified American Convention on Human Rights. A ruling that experts on the multinational human rights agreement find equal parts hilarious and infuriating for numerous reasons. Morales rewards numerous members of the constitutional court for their good judgment and service to the glorious bolivar revolution by handing out sweet, sweet patronage positions in the government to them. It's only corrupt cronyism when the imperialists do it.

2018 - The multilateral human rights court set up by the agreement, rules that the entire line of argument is batshit and that term limits do not violate the ACHR in the least. Morales allies on the Electoral Tribunal refuse to void Morales' candidacy documents to run for a 3rd (4th) term despite them being clearly unconstitutional.

2019 - Election...Morales wins but with potential fuckery. Fuckery is claimed by the OAS, but an independent analysis of the OAS claims show them to be wrong (the OAS later publishes a far more comprehensive report where they claim nuh-uh). Important point though, the independent analysis did not look for election fuckery, just examined the specific immediate claims of the OAS. A later independent study shows numerous significant irregularities (https://www.paginasiete.bo/nacional...fraude-antes-de-la-caida-del-trep-271576.html ....perdon, en espanol solamente..the english PDF is available online) that suggests at least light election fraud.

Mass protests that are obviously organized by the CIA because there's no other reason to be potentially angry here, occur(73% of bolivarian polled a few months after the election believe there was fraud, fwiw). After about a week of combatting protestors at the presidential palace, the police stand down for numerous publicly stated reasons, including Morales orders that the Morales supporters clashing with protesters be left to do whatever the **** they want, and lack of give a ****/exhaustion. Morales attempts to bring in the military to put down the protestors, but military leaders refuse (side note: inb4 "but school of the americas"....Kaliman was/is a staunch "anti colonialist" and supporter of MAS, and regularly referred to Evo as his brother in public speeches....and Anez canned him shortly after taking power and had him placed on house arrest to top that off). Evo does the smart thing and flees, a bit more unrest occurs and Evo accepts Amlo's offer of asylum and off to Mexico he goes.

Anez assumes power according to the process outlined in the bolivian constitution (and signed off on by the same constitutional courts, with the same adjudicators that supported Evo's fuckery). Literally no one claims that she had anything to do with planning protests, talking the military into not supporting Morales, nada. Shortly thereafter a bipartisan (mas supported) agreement on holding a new election is made.

2020 - Covid man. Elections were set for May but postponed (unilaterally agreed by all parties) until September. Anez claims that she isn't running for President (spoiler: she's a fucking liar). About 2 weeks later she throws her hat in the ring probably because lying about not running in the next election that you really shouldn't run in is a Bolivarian presidential tradition. Attempts are made to push the election back 6 weeks because covid modeling data shows that they'll be at the peak of a wave during that period. MAS screams bloody murder, Morales himself (since having returned from Mexico) claims that Anez is trying to cling to power (irony....) and calls for protests and blockades, which directly leads to the death of 33 Bolivians due to medically necessary oxygen shipments not making it to hospitals in La Paz (hey, they died as gasping heroes to the revolution!). Oh, the modeling was right and the election would have been held right in the fucking middle of a covid wave had it not been postponed.

MAS wins, but it's not Evo in charge. Now it appears that they're going after the people who stopped a wannabe dictator from taking power. Anez is a liar and a twit, seriously overplaying her hand in what should have been light work, but this is heavy handed nonsense.

This is pretty obvious retaliation for interrupting what is likely a planned slow-motion destruction of the Bolivian constitution that gets in the way of the communitarian socialist utopia that Evo has often preached about wanting to build.

but could not buy a starting pitcher for the jays

but could not buy a starting pitcher for the jays
Click to expand...

Now if Rogers could just buy out Bell, or vice-versa, we could finally do away with even the appearance of competition in the Canadian telecommunications market.

Now if Rogers could just buy out Bell, or vice-versa, we could finally do away with even the appearance of competition in the Canadian telecommunications market.
Click to expand...

I mean the move they pulled with MLSE is kinda telling, no?

Staff member
I see not much has changed there