LW division is just insane even with Khabib retired

Yeah, that was fucking impressive. Hooker has a granite chin

What a solid game plan by Chandler. Attack the body enough to get those hands coming down and boom goes the dynamite.

That Poirier fight might have ruined him. Dan Hooker's been through some real, real wars. The Felder fight, the Poirier fight, he took an all-time beating against Edson Barboza.

God bless him and fighters like him, they should be appreciated while they're around.
S

The man doesn't seem to be interested in fighting. 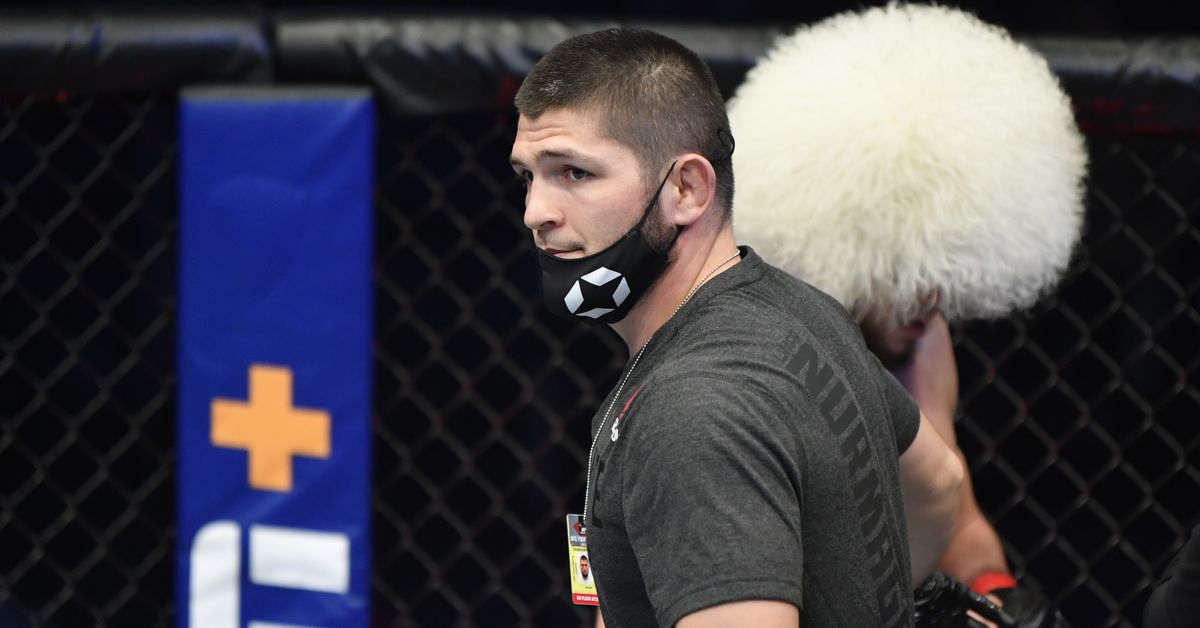 Khabib Nurmagomedov: Fighting not in my plans, don’t ‘push me to do things that will disappoint my mother’

The current lightweight champion gave an interview to a Russian news outlet and indicated he has no plans on returning to the octagon.

He hasn’t fought his last fight, calling it

Ufc will be sad about this, but better fighter won. Connor shouldn’t have picked a real fighter if he wanted to keep his rep up. Should have stayed with the Diaz types that will just box

I have Poirier winning, Chandler winning.
Click to expand...

Welp, I was wrong about Corey Perry, but dead right about this.

Win some, lose some.

Just make McGregor - Diaz 3 or McGregor - Masvidal. **** it, let's see some entertaining fight with McGregor while he's still around.

I think you're selling Mac a bit short there. He was spot on with his assessment post fight, you can't be inactive and hang with high level guys. He missed with lefts that I've never seen him miss before and even the few times he caught Dustin, they were off the mark. Dustin was cognizant of Mcgregor's "pull" and still fell into it 5-6 times. A sharp McGregor doesn't miss those opportunities.

I think the mistake was in fighting a can like Cowboy and then taking a year off. If you're going to fight a can, fight a few until you're sharp. There were a few guys at lightweight that were big enough names but not very threatening for him to build off of. Felder, RDA, Barboza. Guys past their best before date, but with enough name value (and still high enough in the rankings) for the fight to look like it means something. Conor was clearly not ready for an elite fighter in there tonight.
S

Funny enough, hooker could be a guy for Connor after what I said before. Name value + likes to brawl. He needs a couple of gatekeepers to the top 5 that are still considered real fights to fans. Diaz would be a step in the wrong direction if he’s looking for a title shot

hopefully he goes away

Fight that makes the most sense for him is Nate at 155 I think.

Huge drawing power against a good, legit, but not elite fighter. Both guys coming off of losses against legit top of the division fighters. If Conor cant beat Nate, it's probably time to pack it in and sell booze for a living. If he does target another name at 155 like RDA. If 2 fights cant bring him back to the level of elite at 155, then it's over. Lose either and retire. Win both and then uncle Dana gives you a title shot for reasons

I'd love to see Conor at 170 lbs. He's a big dude and that's probably where he should compete.

I don't think there's a single fighter in the 155lbs top-5 that I'd favor McGregor. Khabib (theoretically), Poirier, Oliveira, Gaethje, Chandler, Ferguson. I think they'd all be the favorites to beat him.