CTheBigPicture said:
Is Adam Sandler our new assistant too?
Click to expand...

He's better than what we had at the end of the bench for most of last season. Can shoot the rock. 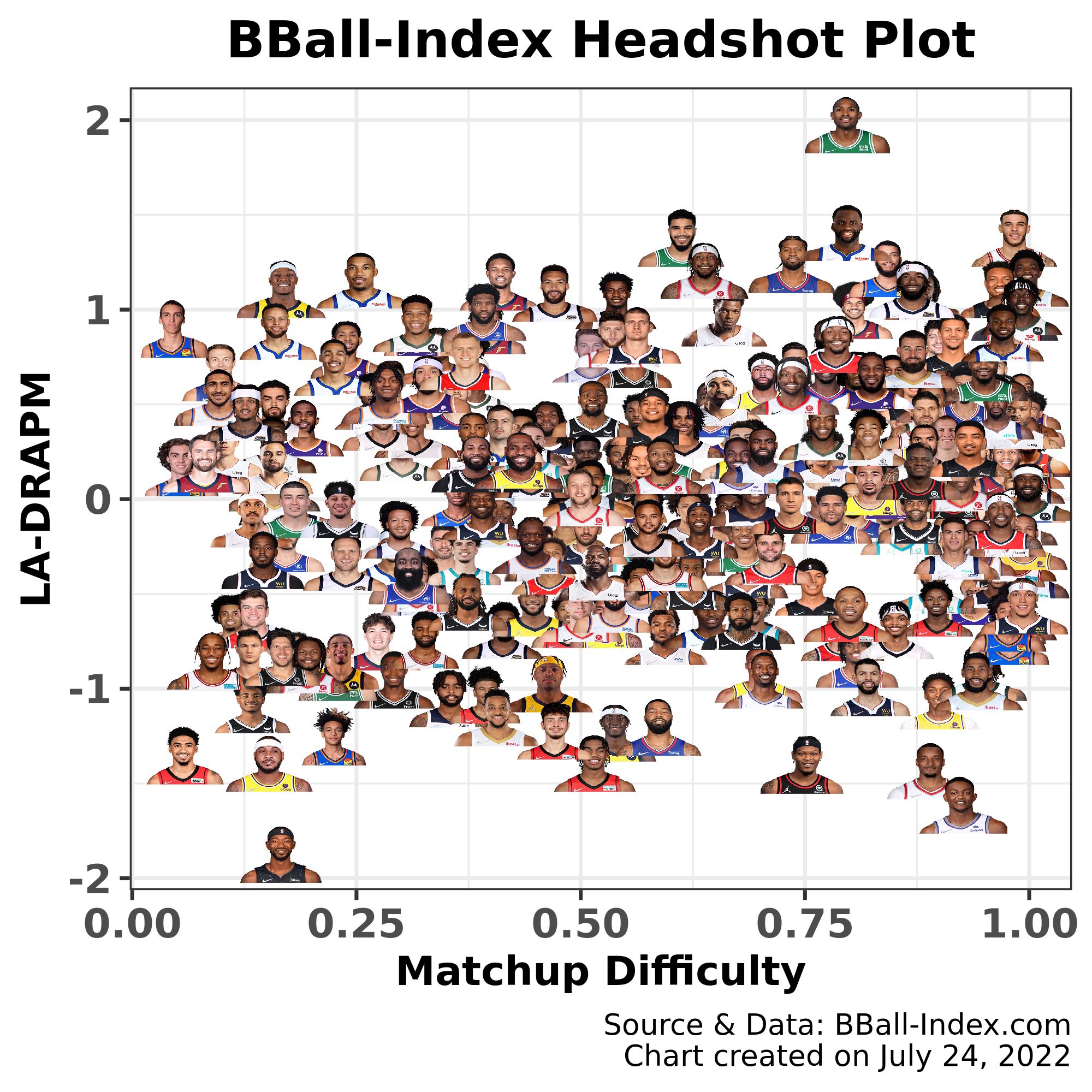 - lol TRoss
- Too much was made about Mobley's D last year. He had good impacts, but lives a charmed life with Allen taking the hard matchups.
- Miles Turner was also sheltered...I'm guessing by Sabonis, who is an underrated defender
- Otto Porter had nice impacts, but sheltered by Draymond there. We should probably expect him to be a good team defender and not a stopper.
- Scottie bringing slightly positive impacts against ~80th percentile difficulty is sexy. Precious bringing better value in similar difficulty is lovely
- I think that's Fred hiding behind Marcus Smart there, with completely plays imo. Fred is an elite defender somehow.
- Whatever contender that trades for Mike Conley is going to win a title I think
- Man, I wish we had been able to sign Lonzo and Allen when we had the chance.

I have sympathy for injustice she's going through and sincerely hope that she makes it home alright....

Actions and consequences man. Regressive dictatorships have become way too normalized in pop culture/modern society imo. Can't open up IG without seeing a bunch of young people posting from Dubai, China, etc. In Griner's case, she started playing off season ball in Russia. The reason the league was able to pay so much though (multiples of her WNBA contract) is that it's a kleptocratic oligarchy that stole the wealth of it's population and Griner was benefitting from that because the Oligarchs like to own things like sports teams and don't care about losing money if it means being able to attract name brand athletes from "The West". Did she really think that a team playing in front of fewer and significantly poorer fans could afford to pay her multiples of her WNBA contract without the money being from a shitty source? This shit only really exists in regressive shitholes.

There were lots of other options for her to play in. Italy, Spain, even the Turkish league all have schedules that line up with the WNBA off season. But they pay fuck all compared to the Russian league. So while I don't blame her for chasing paper, I do blame her for not being sensitive about the implications of that when Russia had put 180K soldiers on the border of a neighbouring country. It's little different than these ex NBA cats getting money in China. You just might end up a political prisoner man.
Last edited: Jul 27, 2022

WNBA average attendance is about 6500 people a game and average ticket price is 47 bucks, and this is Russia:

More to the point: How can women basketball players earn so much money here? Even Taurasi acknowledges, "I don't know how it works, to be honest," and she's played two winters in Russia.


Well, begin with von Kalmanovic, the Spartak owner who is sort of the Mark Cuban of Russian basketball. Or he would be if Cuban dressed much, much better … and if he once owned a European championship team with Arvydas Sabonis … and once dated Liza Minnelli … and if he married one of his players (on his women's team that is) … and once spied for the Soviet Union … and if a Google search linked his name with some shady innuendo. Among the tales alleged on the Web — that von Kalmanovic might have been involved in Africa diamond trafficking and that he was arrested for spying in Israel. von Kalmanovic says he made his first fortune in construction in Africa, though he does admit to being arrested as a spy in Israel.


He insists, however, that contrary to rumors he was not with the KGB: "I was in the military intelligence service. I was in the army of the Soviet Union. Later this year will be 20 years from the day I was arrested [for spying in Israel], and then it will become no more secret. I cannot tell you the truth now, and I don't want to lie. So leave it. We'll meet one year from now and I will tell you, if you are still interested."

Like most owners, von Kalmanovic says he loses money on his team. Unlike most owners, his claims are believable. Spartak averaged approximately 3,000 fans a game, but the specific attendance doesn't really matter because tickets are free (the plan is to get fans hooked, then start charging admission). He says the team also pays to have its games televised. With salaries, travel, publicity, overhead and a youth basketball school his wife manages, von Kalmanovic estimates this year's expenses would run $5 million to $6 million. And how much revenue does he take in? "There is no revenue. I take in nothing."


When basketball is your passion and you're part of the new Russian oligarchy, what is $6 million over the course of a season? One person said he saw von Kalmanovic go through $1 million in a single weekend trip to France.


"I have friends who go to casinos," von Kalmanovic said. "I know friends who risk on the stock exchange. I am Lithuanian — for me, basketball is everything. It is a hobby, a pleasure, a casino, whatever you want."


"There are six or seven owners [like him] in Russia," Taurasi said. "They're hotheads who want the best women's basketball team, and that's their hobby, so they don't care how much they pay."


The beneficiaries of this competition for talent are the players. WNBA salaries are strictly slotted based on a narrow range of maximums and minimums determined by seasons of service and year of entry. In the former Soviet Union, Bird and Taurasi can offer their services through the free market system to earn the best basketball salaries offered in Europe.


"It's not even comparable," Bird said. "There's been a huge increase in the last two years."


There are also lucrative incentive bonuses — $5,000 for beating a good team on the road — plus the free house, the drivers, etc. Heck, all they're missing is a posse.

Free fucking tickets. Salaries fully subsidized by stolen wealth from the Russian people. "I don't know how any of this works". No, you know how this works and wish you didn't.

I'm going to go out on a limb and suggest that Casey era scouting reports are a bit of a lighter read than Nurses...

Nice. We were a decent team last year but barring any unforeseen major injuries we should be improved in almost every capacity this season no?

Joel putting in that off season work

All I have to add is this

Demar's brainpower on display as usual.