If either Svech or Dougie sign extensions during this season, expect this type of salary escalation (basically the opposite of what Aho's deal looks like).

I could also see Svech being signed to that same contract that Barzel just signed.
Click to expand...

Staff member
It looks like Kenny Albert is NBCs lead announcer, he gets Olczyk as his analyst. Forslund will work again with Brian Boucher. Pierre McGuire is 3rd string. With the Covid protocols in place, I can’t imagine that anyone will be “inside the glass”. Kendall Coyle is listed as a game analyst, but she’s a player development coach with the Blackhawks. Also note that Mike Babcock will occasionally be in studio.

Staff member
The NBC release says they’re not paired commentary teams. Forslund has the 8 pm game on Wednesday with Olczyk and Boucher. Albert has the early game with McPlankton, Burke has the late game with Mleczko.

Staff member
I think the Panthers are trying to corner the market on waived dmen. They just grabbed Noah Juulsen from the Habs. He was their first round pick in 2015 but has only played 44 games over 2 seasons. He must have been injured last year, he only played 13 games in the AHL.

Staff member
He's been injured for two years with a career threatening injury. Right when he's set to resume we lose him.

There were games last season where Florida played 10 forwards and 8 Dmen. I don't anticipate them willingly doing that again this season but the way they are setting up their roster....
A

There were games last season where Florida played 10 forwards and 8 Dmen. I don't anticipate them willingly doing that again this season but the way they are setting up their roster....
Click to expand...

What's really strange is the waiver rules state that guys picked up on waivers have to be on the regular roster, cannot see two waiver wire defensemen sticking on the same team for long, so maybe they waive Forsling quickly if they like Juulsen better...I think Juulsen has had some serious vision issues related to a past injury that has derailed his career for the most part.

If he didn't have to take an active roster spot, I'd advocate grabbing Evgeny. After all this time, I doubt he's going to re-gain his explosiveness ... but the guy had hands for days and he and Svech are tighter than tight.

The Canes could always trade for Evgeny if he clears waivers and they really want him.
P

or they could trade with his new team after he is picked up right?

I don't think you can trade a guy who you claimed on waivers until after the season is over.
P

yes a player claimed on waivers can be traded but the team he was claimed off can get him back if they want.
A

There are still a handful of coaches in the last year of their contract, Brind’Amour among them. I’m not worried that he’s going somewhere else, I’d just like him and Dundon to get it done.

cmaleski2 said:
The Canes could always trade for Evgeny if he clears waivers and they really want him.
Click to expand...

True, but I think he remains attractive to Detroit for the same reason that Carolina might be interested ... removing the brother connection from the equation. They'd probably want a fair amount for the guy. If you can get him for nothing, that's one thing. If it costs you a draft pick in the first three rounds, then that's another.
P

I assume if the Canes are interested they have already contacted Detroit about a trade if he clears waivers.
P 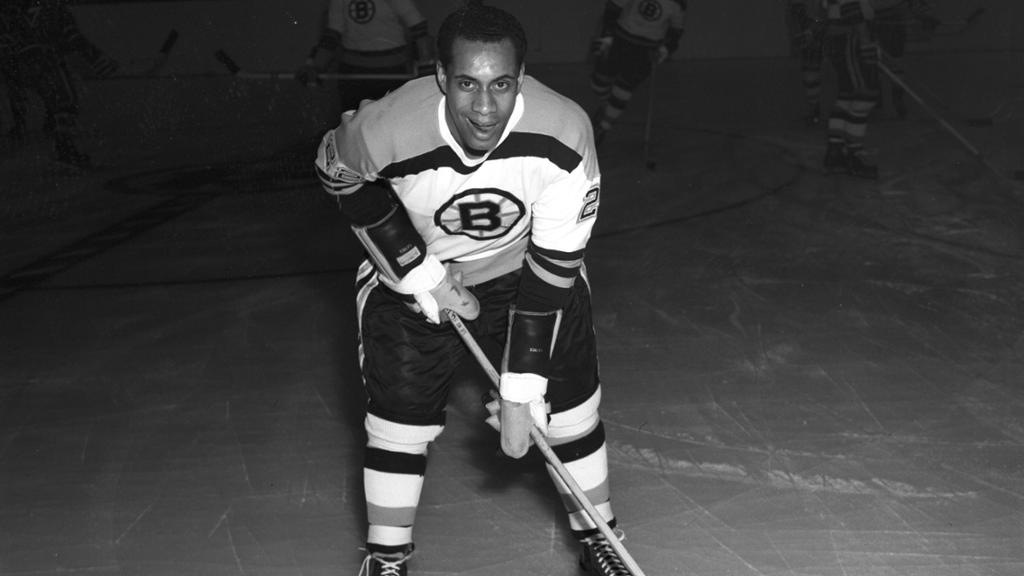 O'Ree's No. 22 to be retired by Bruins before Feb. 18 game against Devils

Willie O'Ree will have his No. 22 retired by the Boston Bruins on Feb. 18 to honor him for becoming the first Black player in the NHL 63 years ago.

Paulie Walnuts said:
yes a player claimed on waivers can be traded but the team he was claimed off can get him back if they want.
Click to expand...

So yes, you can sort of trade a player who you claimed off of waivers, but not before he clears all previous claims and his original team doesn't claim him back (not a very likely scenario with E. Svechnikov).

andyt said:
IAlso note that Mike Babcock will occasionally be in studio.

NBC finally dumps Milbury and they bring in Babs? Yeah, some people just don't learn from their mistakes, do they?